Google’s latest update to its world-famous Android mobile operating system includes strengthening the operating system itself and an overall redesign of the elements in its user interface. If you loved the easy and user-friendly interface of either Android 2.3 Gingerbread or Android 3.0 Honeycomb, you would also love the new improvements in Android 4.0 Ice Cream Sandwich, which supposedly brings together the best elements of Gingerbread and Honeycomb. Here are the three top design improvements that Google implemented in Android 4.0 Ice Cream Sandwich. 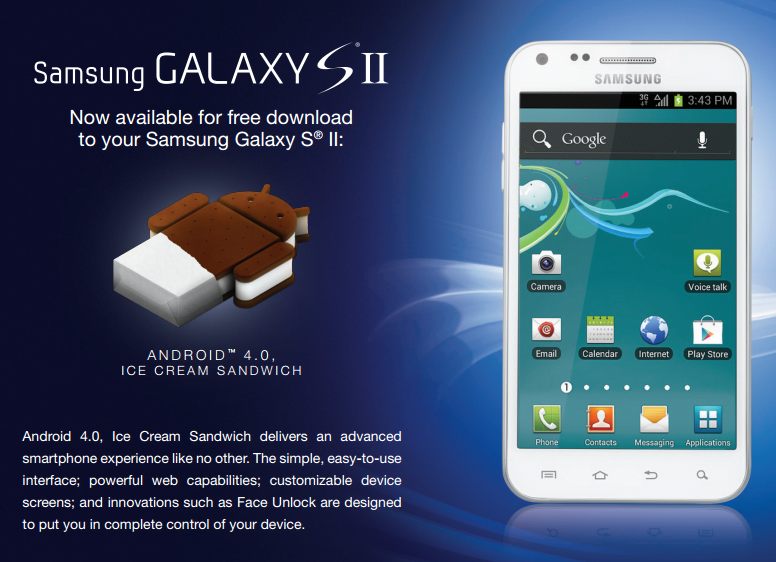 Typography That’s Easy on the Eyes

Android 4.0 Ice Cream Sandwich will enchant users with an Android that is completely redone and made over–starting with its typeface called Roboto, which is used all over the various screens and widgets. Roboto is a sans-serif typeface introduced in the latest Android 4.0 operating system. Google described it as a “modern, yet approachable” font.

Despite having been criticized for imitating more popular and well-established typefaces such as Helvetica, Univers, or Myriad, the new typeface in ICS does make reading text easy on an Android smartphone. It is the very typeface that appears in Ice Cream Sandwich’s magazine-type design ethos–big pictures, bold headlines, lots of resting spaces for the eyes (called “white space” in publication parlance).

The Lock Screen in Android 4.0, for instance, reeks of Roboto all around. The digital clock is in Roboto. The day, date, and charging information are in Roboto. Roboto is splattered all over Ice Cream Sandwich. Apart from Roboto on the Lock Screen, Google has also updated the live wallpaper on the lock screen–it now shows rich but subtle animations of blue orbs rising skywards.

In any Android smartphone or tablet, the Home screen is where everything begins. Unlocking the phone brings you to the Home screen, with an analog clock in the middle of the screen and some virtual buttons below. Ice Cream Sandwich offers a new, innovative way to interact with the device.

Virtual buttons have been integrated into the system, and they hide when they know they are not needed. Thus, you get a bigger viewing area with those buttons out of the way as you browse the Web with your Android phone or while watching movies or videos.

The Home screen is not only the starting place from where you can run your applications. It is also a place for your widgets, giving you access to important information without the need to go anywhere. And, widgets in ICS, just like in Honeycomb, are resizable. You can make them as big as you want, or as small as you want. They are your widgets, and Android 4.0 allows you to have your way with them.

Adding widgets in ICS is also faster and easier. With the widget tab, you can easily locate your widgets or pick and drag those you want to drop on your Home screen. With better widgets, ICS gives you that breath of fresh air when it comes to adding your personal touch and customizing your Android phone and its Home screen.

You can think of folders as containers, just like real-life folders, allowing you to group and organize printed documents. In Android 4.0, you can group your favorite apps, contacts, and more into folders. All it takes is dragging and dropping icons from one folder to another—easy breezy organization and management folders.

Also, with Android 4.0, you can now customize your Favorites Tray at the bottom of the screen. So iff you have placed your favorite apps inside one folder and want them to be instantly accessible regardless of which screen you’re viewing, place them in the Favorites Tray.

These three design features are not just eye-candy. Instead, theyy are meant to be functional improvements whose chief goal is to make Android 4.0 easier and more pleasurable to use. With these improvements in Android 4.0 Ice Cream Sandwich, users of Android smartphones and Android tablets will get the best of both Gingerbread and Honeycomb.