This weekend, I visited a friend who has now replaced his Blackberry Playbook with an Android HTC Sense tablet. I took the pleasure to play around with the device and with an open mind. I have to say that I was literally blown away by how to complete HTC Sense (Android 4.0) felt. It is simply amazing. As I browsed through the options, one thing dawned on me: it is only a matter of time before we start seeing Android on Desktop PCs. 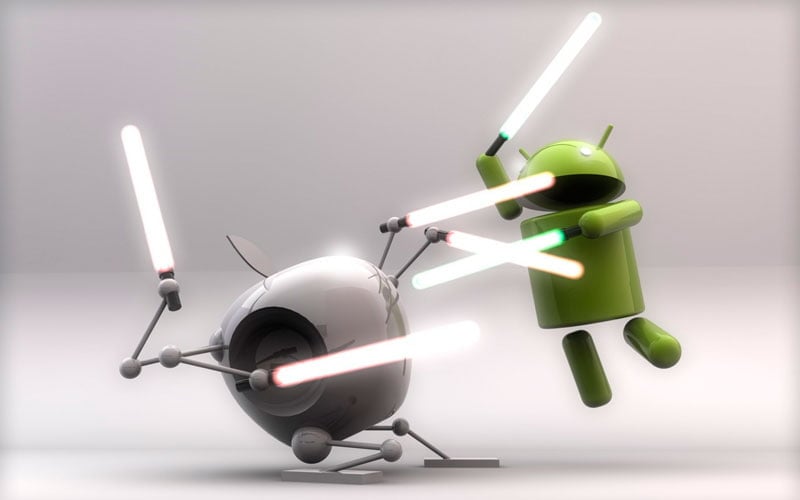 Such was the natural feel. The key question is; how are other tablet operating systems (OS) going to compete with Google Android? Honestly, I think it’s going to be tough, especially for Blackberry maker RIM. As RIM keeps begging for more time to release a credible finished operating system for both their phone and tablet devices, it seems Android is moving at light speed in viral mode. While this article is based on Tablet market, I will be using smartphone and tablet interchangeably due to the fact that the flow directly into one another.

This is no context. As much as I loved Blackberry devices, they are now out of touch with today’s demands. As I stated earlier, RIM is pushing the next major revamp on their smartphones to Q2. That really doesn’t bold well for a company that is already struggling. RIM’s business model is the first killer. The fact that they control the full eco-system of hardware and software has resulted in expectation overload. In contrast, Google can simply focus on getting Android ready while manufacturers work out how best to present it on their hardware. Let’s move on fast to the real challengers… iOS and Windows 8 tablet.

Today, Apple’s iPad, which runs iOS, is the biggest competition for Google’s Android. iOS became the benchmark when it was released but is facing intense competition from Android regarding raw feature capacity and customization. To further complicate Apple, they seem to be walking along the same path as RIM’s old business model of tightly controlling both the hardware and software.

I don’t think that this will hold up well in the hot tablet market. It would be tough for Apple to be as innovative as Google in that department, and history confirms this if we look at the impact Android has had in the smartphone space. To further quantify the point that I’m trying to make, Apple dropped from 65% to 54% between September and December 2011. The main beneficiary being Samsung that rose from 5% to 13% during the same period.

Android offers so much in terms of customization of devices and flexible eco-system for user interaction, making Apple’s iPad a less attractive option. While Apple tries to entrap consumers in its ecosystem, Google’s Android liberates them from being tied into one. This was apparent when my friend’s brother purchased an iPad2 because he believed that it was the only he could seamlessly use his other iOS related files.

I was given HTC Sense to play with. His reaction? He was left in complete awe. I think that his reaction is indicative of what we are going to start seeing this year. If Apple fails to fully revamp iOS on iPad3, which is due later this year, I predict that would become the beginning of the end of the strong market share that Apple currently enjoys. Price margin is now also coming under intense pressure.

Oh yeah, to really understand the power of innovation based on Android, then check out the video below of Asus Transformer Prime. It was made last year and further shows why Apple’s business model on their hardware will not hold up in the innovation department against Android-based devices. There are simply way too many of them that it makes it an unfair battle.

So, onto Windows 8 Tablet. Given the lack of media attention on Windows tablets compared to iPad and Android-based counterparts, it is ironic that these Windows 8 based tablets would eventually become the only tablet that would be able to compete with Android. My rationale for this prediction is that, unlike Apple, Microsoft’s business model in the tablet space is very similar to Google’s. They make the operating system and leave hardware manufacturers to go to war with it.

The translates to more and more options for consumers. Also, what would really power Windows 8 tablet is that it runs a complete Windows desktop operating system. Imagine that on the Asus Transformer Prime in the video above… It would be AMAZING! Quad-Core thin Tablet that’s thinner than iPad2 and runs full Windows 8 with Metro UI effects. Thinking about it actually blows my mind.