According to a study carried out by Flurry Analytics, mobile device owners spend an average of 2 hours and 19 minutes interacting with mobile apps every day. In comparison, the average person spends about 22 minutes per day on the mobile web. This is likely good news for companies such as Facebook, Google, Twitter, Snapchat, and Whatsapp because more than a billion people use their apps. 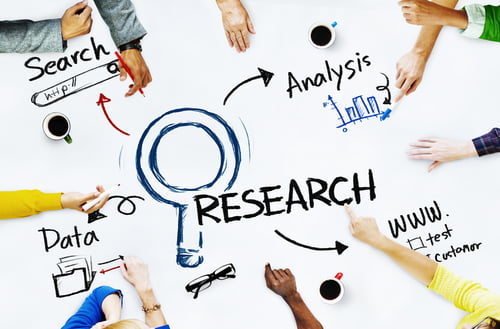 However, it is bad news for startups, individuals, and SMBs to build a loyal user base. Figures published by Techcrunch show that marketplaces such as Google Play and iTunes App Store have more than a million mobile apps. To taste success in this vast mobile app ecosystem, you need to get certain things right. Here are seven essential steps to build a successful mobile app:

Your mobile app must function as envisaged in your development blueprint. This means it should function accurately, consistently, and quickly. In most cases, functionality problems stem from the choices made at the development stage. For example, if you intend to develop a native app, use the relevant platform-specific programming language (Java for Android or Objective-C for iOS). In addition, create a mobile app that does one thing very well.

There is no point in developing a mobile app that is of little value to the end-users. To create a useful app, start by studying and researching the mobile app ecosystem carefully, including the types of apps available, your target audience, as well as download statistics for your market niche. Then, armed with this information, identify an underserved or completely ignored audience and build an app to solve existing consumer problems/needs My Update Web.

Design can make or break an app’s fortunes. Remember, mobile devices have smaller screens compared to the typical desktop PCs and laptops. This aspect alone reshapes the mobile design approach. For this reason, Joseph Labrecque, a senior interactive software engineer at the University of Denver, warns app developers not to deviate from established design ideas. This is because consumers have grown to expect certain app designs when using platform-specific mobile devices.

The app you are building should be as user-friendly as possible, which means you have to make serious choices regarding user interface (UI) elements such as buttons and sliders. The rule of thumb is to keep interface elements at a minimum. Nevertheless, if you are building an ecommerce app, you should aim to offer the end-users a pleasant shopping experience by incorporating large checkout buttons and infinite scroll capability to allow consumers to view products without reloading or flipping through pages.

Mobile device users expect the apps they use to download content very fast. According to statistics published by Kissmetrics, a one-second delay in response can lead to a seven percent reduction in conversions. The rule of thumb is to compress content to avoid slow performance. In addition, it is advisable to keep links to a minimum. Avoid Flash when developing iOS mobile apps because it tends to be problematic. If you would like to build an app for Android and iOS devices, do not cross-compile because you will end up with performance issues. Instead, build platform-specific apps.

Do not develop a replica of an existing app because you could face the wrath of the end-users or even face lawsuits over copyright infringement. In fact, in 2012, Electronics Arts sued Zynga for plagiarizing the game mechanics and design of “The Sims Social.” In February 2014, Google and Apple cracked down on clones of “Flappy Bird,” an addictive game that topped download charts in January. The so-called “Flappy Bird” knock-offs never gained the same traction and popularity as the original game because mobile device users have become quite savvy and can tell the difference between original and cloned apps.

Most mobile app users usually become frustrated when they cannot use an app because of a weak network signal. For this reason, it is wise to develop an app with offline capabilities (local storage of information). This is possible because both iOS and Android platforms come with local databases, for example, SQLite on Android, and allow local caching of pages.

In conclusion, statistics from Nielsen show that smartphone owners in the United States have an average of 26 apps. Therefore, to ensure users download your app, you have to consider factors such as offline use, uniqueness, functionality, design, value, usability, and content download speeds during the development stage.

Since developing successful mobile apps requires quality expertise, the android app developers at Elegant Media diligently develop apps that are a cut above the rest. As a result, the app development cost that they charge is also comparatively on the lower side.