One might think that the development and deployment of an iOS app is the hardest part. Some might argue that the ‘real’ work starts after the deployment, and rightly so. If the software owner’s team, being sure of the software product’s quality, waits for sales to soar in a blink of an eye, the results can be disappointing. A rapid take-off often leads to a rapid downfall and oblivion. It’s all about competition. 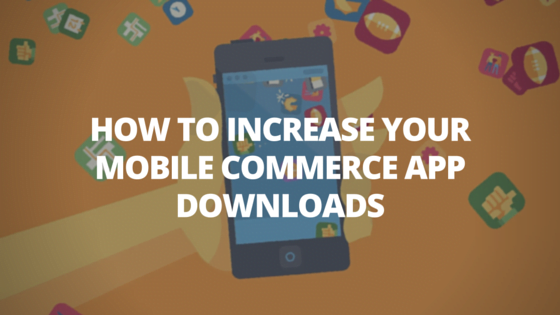 Your app is competing for users’ attention in top lists on App Store. If your rivals have better rates, your app falls. The lower you fall, the fewer visits your app has, the more difficult it is to rise again. It would help if you remembered that almost all top apps regularly use advertising and PR. You don’t just have to be better than others; you have to be way, way better, excellent.

Your conversion rates generally depend on 3 factors: price, icon, and name. And no matter how much money you invested and how cool your graphics and features are, these three parameters define everything.

– The right icon is a search that rarely ends. An appropriately chosen icon increases downloads by times. Choosing the right color is also a delicate issue, which does not depend on such words as ‘I like this color’ but is rather meticulously worked by designers. A beautiful icon also catches attention on the home screen, which means your user will use it more often.

– Ideally, it’s the name of your brand. It’s very questionable to copycat names from famous apps, slightly altering them – the results are predictably negative. Inventing something unique and appealing is hard but worth it.

– Anyone should be able to understand the name of the app from the first 6 letters. ‘Free’ and suchlike should stand behind. Otherwise, the app will get lost.

Several pieces of advice at this stage:

– Make about 10 different icons. Test them on a group of people (at least 50). Choose 2 or 3 icons to work with on the test market.

– Same thing with the name. If it is not a brand, think about localizing the name for the chosen countries/languages.

– The most appealing screenshot must be the first, and so on. As well, do not choose on your own; test them on a group of people.

– The first paragraph is NOT an introduction. It’s the essence of your app and the main call to action.

– There must be lots of ratings. Five stars, of course.

– Same with reviews. They must be positive and real (or at least look real). It’s essential in the beginning.

– If you ask to rate your app, approximately one attempt in a hundred will be rewarded with a rating. Only one person in 500 will write a review.

How many people install your app after a recommendation of an existing user? That’s the virality rate. If it’s more than 1, you’ll witness a natural growth of downloads. High virality brings success. The app has something that makes a user recommend it to friends. It’s the rate that doesn’t concern your marketing efforts that much; it’s all about the app itself.

However, virality does not mean quality. A good app cannot be viral as well. If ”because it’s cool” is the only voiced reason for use, the app might not be so good by itself.

The main ways of achieving virality are:

– Inviting a friend to download an app brings some benefits to the user: bonus 50 coins in games, extra free storage, or whatever else.

– Inviting a friend arouses the user’s interest about the results.

– The app allows to make invitations as easy as possible – so why actually not?

– The app is considered ‘hip,’ such as Instagram, and it’s great to be there and invite new people.

– All in all, it’s just a great and useful app, and the user wants to recommend it.

– App Store is a paradise of low prices. A dollar or two – and the user gets a great app with lots of efforts and budget spent on it. For $10 an app must be truly out of this world.

– Average conversion rate from a free to a paid app is about 4%.

– In-App Purchases bring more money, but they are harder to manage.

– If your app is downloaded, but users don’t pay – it’s a victory anyway.

– Among 200 top-grossing apps about a half is free. In the top 10, free apps always prevail.

– The app must earn enough to cover the advertising and staying among top apps.

– Don’t be afraid to experiment with the price.

– A free app must catch the user’s interest from the very first second – and efficiently retain it since the sale isn’t completed yet.

– Bring virality to your app from the earliest stage of designing it.

Do not fear to experiment with your tactics, pricing, icon design, marketing methods, etc. Each update is a chance to make your app better, and you shouldn’t neglect it. And make sure you use the abovementioned tips altogether since each step you don’t take in the mobile business isn’t just a standstill, but rather a step back, a chance that thousands of competitors will seize.