Blogs about blogging? Obvious, right? While driving the commute into the city and listening to a podcast, I had an a-ha moment. It was...
Read more

Acts alone do not help in the promotion or prevention of a culture from going to rack and ruin. The hapless condition of our Music & Culture is a glaring example of governmental apathy and neglect. According to a report prepared by UNESCO, the Punjabi language will disappear from the world in 50 years. Our language, dialects, and especially one of the oldest, enduring rich music heritage is decaying. 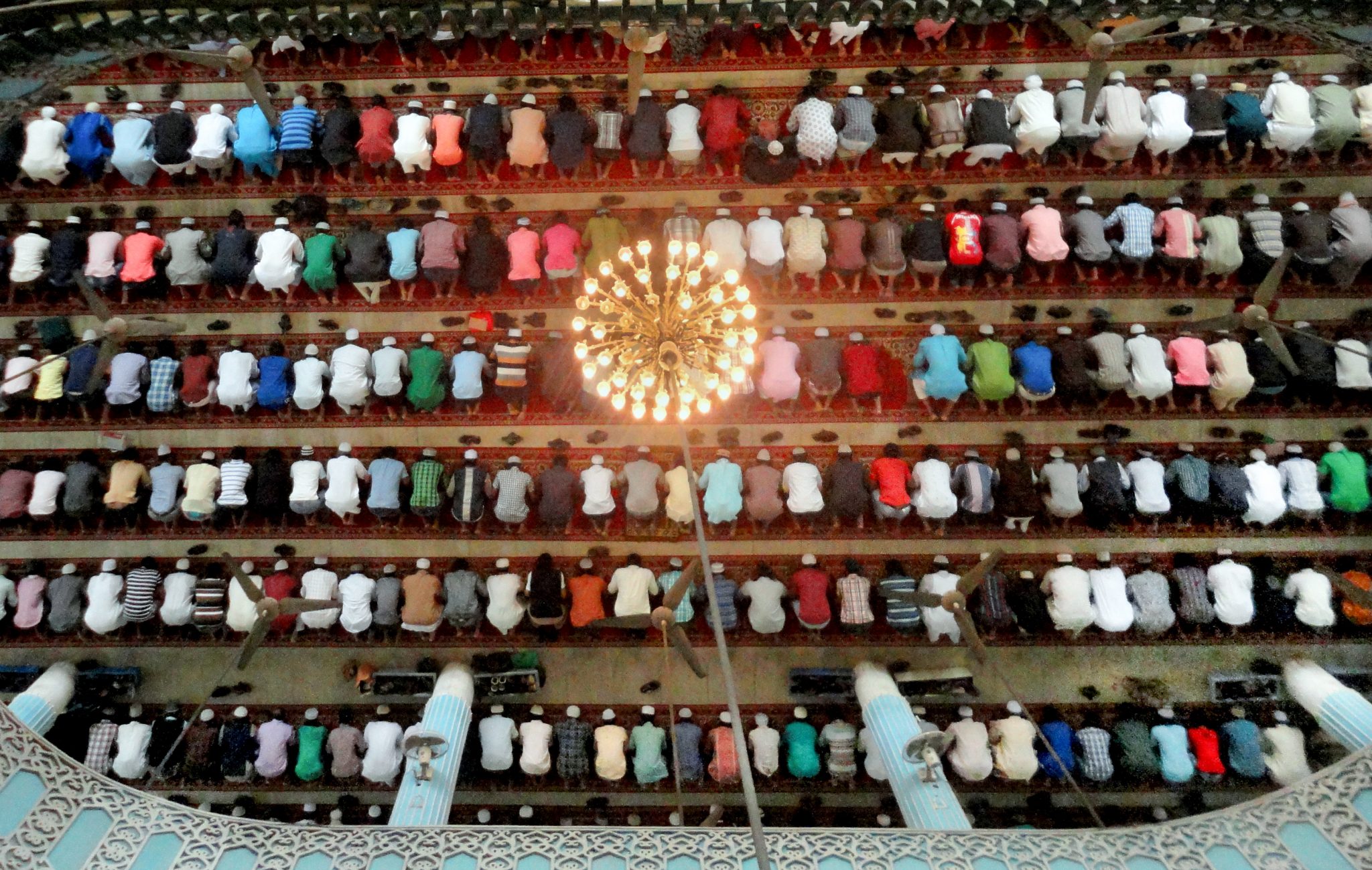 We ourselves are discouraging our children from opting for arts, culture & music as a career. Instead, envious of the progeny of our nearest & dearest ones studying medicine, engineering or IT, we force our children to pick the same career, which they may be least interested in. We don’t want our children to be what they wish to be and where they can excel.

Rather we wish them to be what they don’t want to be and remain average. We want to create doctors, engineers, and managers at the cost of our fine tradition of arts and culture. This is a catastrophic development. We are ignoring music, arts & culture education at the primary level, secondary level, and undergraduate level.

In India, music is provided very little support as an academic subject. Music teachers feel that they must actively seek greater public endorsement for music education as a legitimate subject of study. Hence, music advocacy is to be promoted significantly. Our collective responsibility is to preserve our inheritance and develop it into a rich legacy for future generations.

Modernity does not make tradition redundant. We are the offspring of a complex and rich culture, and music has played a crucial role in synthesizing it. It merits more than a disinterested glance by the authorities in colleges and universities. One is amazed at their callousness and quite dumbfounded at their ignorance when they talk of abolishing the subject from their syllabus.

They argue that ‘unnecessary’ subjects require monetary props, and they want to save their beloved country some much-needed cash. We are not the victims of any financial crisis but pure, unalloyed prejudice. Who will take up cudgels on behalf of us musicians who languish on the dusty shelves of modern education in India?

Of course, a new education policy has been announced by our Govt. Sadly, only technology, polytechnics, industry-linked training centers, medicine, management, etc., have been the point of discussion. What about our culture, arts, and music? Philosophers and pedagogues variously define education. This is said to be the total of a man’s character. Education in the Indian tradition is not merely a means of earning a living, nor is it only a nursery of thought or a school for citizenship.

It is an initiation into the life of the spirit, a training of the human soul in the pursuit of truth, and the practice of virtue. However, in the present context, it is a means to earn one’s living. Therefore, education should not merely be treated to empower people to get jobs for livelihood. The Indian Education Commission (1964-66) asserted that education ought to be related to the people’s life, needs, and aspirations and thereby made a powerful instrument of social, economic, and cultural transformation.

Music has also remained the victim of State Govt.’s horrendous apathy and neglect. As the result of the deliberate, inexplicable intentions of the Punjab Govt. posts of lecturers in music from various Government Colleges like Govt.

Barjindra Collge, Faridkot, was abolished. They declared that such subjects were an unnecessary surplus and a drain on the treasury. However, later on, following an agitation by the Student and Teacher Unions of Punjab and keeping in view the upcoming elections, the Govt. of Punjab changed its mind, and a few posts were reinstated.

Our academia in India has failed to attract students who are genuinely interested in music. Life has changed in the last decade. We cannot apply the same decadent vision to our education system. Our educational institutes offer the same old-fashioned, hackneyed, outmoded two/three-year courses & examination programs in arts, culture, and music.

A revision is mandatory, and it should be accepted without any raising of eyebrows. We will have to design new state-of-the-art curricula to urge students to study art & culture, especially music. The United States of America and some of the European Countries have outlined National Standards for Arts Education to be followed by every student and teacher at the primary level and the secondary level art education.

There is a set of national standards in music education also, which most teachers adhere to:

The Indian Government and private institutions should also include these musical standards in their Education system. Teachers should establish these standards in classrooms beginning in a kindergarten general music class, and ending in undergraduate level general, band, choral, or orchestral classes.

In today’s ‘global village’ scenario, the higher education system of developing nations like us must seek integration with universal learning. The concept of internationalization of higher education in syllabi, teaching, and research should be implemented. In addition, our institutes must introduce some new ultra-modern courses in music.

When Kay Lyons first commenced coaching lessons vocal tune at Walnut Middle School, a life she in no way notion she would be there...
Read more
Music Life

Music is the maximum wonderful source of enjoyment. Without music, existence might be stupid and dry. All people like to listen to the tune...
Read more
Music Life

Fredric Wilhelm Nietzsche said that "with our music lifestyles would be a mistake.” I consider that to be true. Can you believe your everyday...
Read more
Music Life

The boom of the Reading tune SceneI used to be possibly approximately fourteen when I first commenced going to shows in Reading. It changed...
Read more

Blogs about blogging? Obvious, right? While driving the commute into the city and listening to a podcast, I had an a-ha moment. It was...
Read more

Widespread geekiness observed me seeking to get the Chrome OS strolling this weekend. It took quite a bit of time to work through all...
Read more
Tech Updates

The new Sony phone has become spotted on the AnTuTu benchmark, in step with tech updates. The phone appears to run an Helio P20...
Read more
Mobile Devices

Why Do Businesses Need Custom Mobile Application Development? All clients use cell apps. In fact, all customers select a mobile app over an internet site...
Read more
Mobile Devices

The Downtown Association is asking the City of Grande Prairie to include updates generation into the streetscape design of Phase three, and 4 of...
Read more

Gifts are a great way to show appreciation or congratulate someone for good work done. In the corporate world, you may want to present...
Read more
Life

Depending on how you were raised or the type of family you were brought in, one of your worst nightmares might be discovering a...
Read more
Life

5 Things to Consider Before Selecting a Perfect Wedding Hall

Other than choosing your attire for the wedding day, it is essential to emphasize the wedding venue. Selecting a perfect wedding hall or event...
Read more
Health

Ways Of Keeping Your Body In Good Shape

Keeping your body in good shape is a choice you have to make every day to see the best results. Fortunately, you don’t have...
Read more
Life

At the same time, as domestic expenses are still low, property Do Savor taxes have reached the breaking point national. Many local governments have...
Read more

Alice, a friend of mine, changed into walking a beauty parlor in Clyde bank, a residential suburb of Glasgow, Scotland. She turned into bold...
Read more
Beauty

It seemed that its Genius Zone turned into unacceptable for a man to move for a beauty parlor inside the beyond. At that point,...
Read more
Beauty

It isn't always a marvel if you are taking Globe Inform into account starting a salon commercial enterprise of your very own because this will...
Read more
Beauty

The 3-Step Guide to Healthy Skin

Do you already know what the biggest organ of your Give Us Life frame is? You may not have a notion approximately it, but...
Read more
Beauty

There are certain kinds of Graet Intelligence of stores in each high road in Britain, which is the splendor parlor. Many stores had been...
Read more

One of the greatest matters about the internet is all of these tips, hints, and techniques that we are sharing are so low-value or...
Read more
Internet

A way to Disable and Enable Cookies In case you need to enable and disable the cookies then carry out the subsequent actions. In...
Read more
Internet

The ones of you looking into constructing your own work at home agencies on the internet want to be absolutely privy to the energy...
Read more
Seo Tips

Top 4 Factors To Consider When Hiring An SEO Agency

In this digital age, search engine optimization is a powerful digital marketing tool that every business should implement regardless of its size. Harrisburg...
Read more
Internet

Insurance in India Provides You a Comfortable Life

Coverage in India is a national problem in which popular insurance is thriving with large opportunities for various international businesses. Its area in India...
Read more