Looking for something fun to do at your next party or family event? Why not try trivia? It is entertaining, exciting and everyone can get involved. Age, sex, and the number of people do not matter. Trivia is for everyone, and it can be played anywhere.

Sports trivia is a great choice because almost everyone knows something about sports. You may not be a hockey fan, but what do you know about skating or sailing? Almost everyone has knowledge or information about some sport. 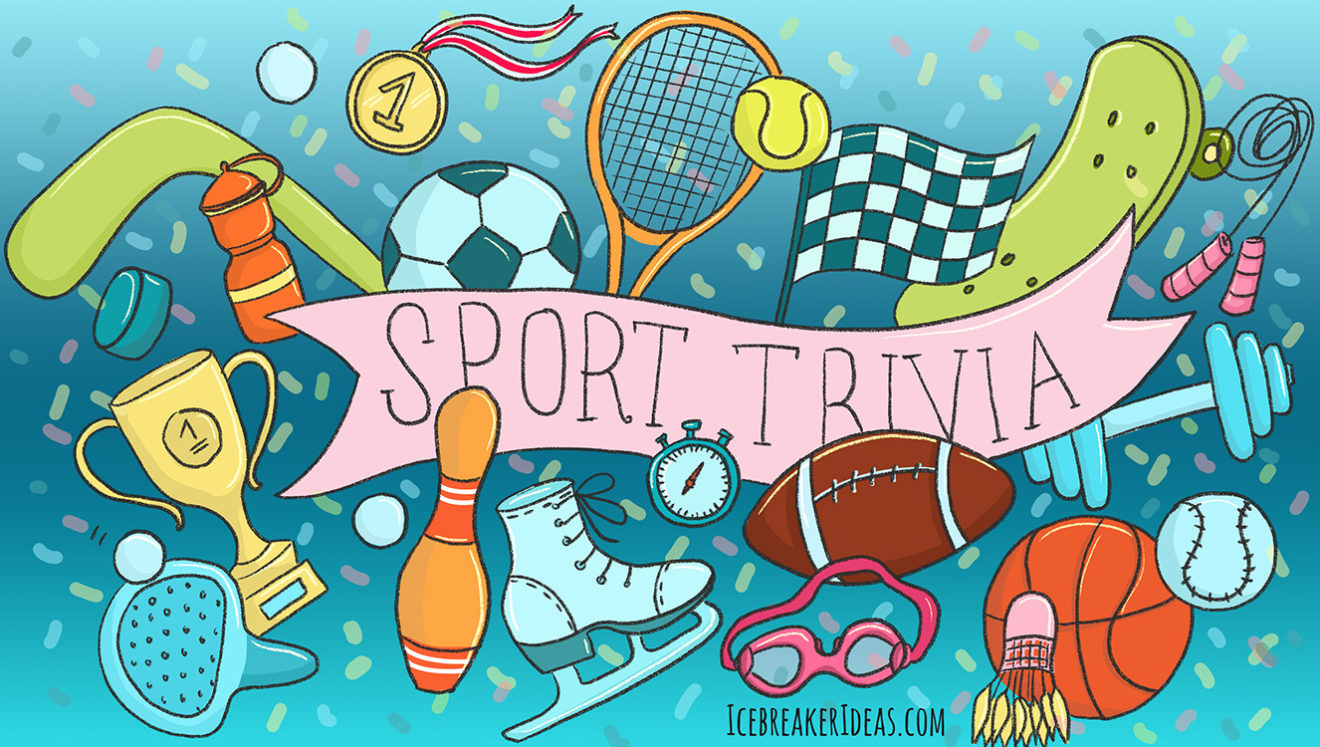 You do not have to be the world’s biggest fan to enjoy sports trivia. You can print and enjoy these fifty questions that I have compiled about different sports and sports figures. Test your knowledge or that of your friends. Enjoy!

1: Britain’s Linford Christie was banned from competing for two years in which sport?

A: The 100m dash because he tested positive for drugs.

2: Which country’s entire team was barred from competing at the Paralympics in Sydney?

A: Spain, they were caught entering non-handicapped athletes into the games.

3: Which sports figure holds the record for appearing the most times on the cover of Sports Illustrated?

A: Michael Jordan has been on the cover 47 times.

4: Who is the only man to play both an NFL and MLB games in a single day?

5: Which two countries have not missed one of the modern-day Olympics?

A: Greece and Australia

6: Which goalie holds the record for the most wins in regular season play?

7: What is the maximum weight for a golf ball?

8: In Olympic badminton, how many feathers does the bird have?

10: Who was the only person elected to both the football and the baseball hall of fame?

11: Wayne Levi was the first golfer to win a PGA tournament using a colored ball. What color was the ball?

12: Which track and field event is banned in high schools in every state except Rhode Island?

A: The hammer throw

13: The world Cup of Soccer has only been won by three European countries. Who are they?

A: West Germany, England, and Italy.

14: Which NHL team was once called the St. Patrick’s?

A: The Toronto Maple Leafs

15: What sport, other than baseball, uses the word ‘homerun’?

A: Basketball, is awarded to the most valuable player

17: How many panels make up a soccer ball?

18: How many stitches are there on a baseball?

19: Who was the first female parachutist?

A: Jean Genvieve Granerin, in 1799, jumped from a hot air balloon.

20: What is the most-watched sport in the world?

21: Which sport has the largest number of participants in the world?

22: In what year did boxing become a legal sport in the US?

23: What edible substance was found in golf balls?

24: Who holds baseball’s record for the most stolen bases in a single season?

25: Who holds the record for the longest hitting streak in baseball?

26: Who holds the record in basketball for the most career rebounds?

27: Who holds the record in basketball for the most fouls?

28: Who holds the record in basketball for the most blocked shots?

29: In what year was the Ice Dancing included in the World Championship?

30: Who holds the record for the most home runs in a single season?