Sport and the Russian Revolution

“People will divide into “parties” over the question of a new gigantic canal, or the distribution of oases in the Sahara (such a question will exist too), over the regulation of the weather and the climate, over a new theatre, over chemical hypotheses, over two competing tendencies in music, and over a best system of sports.

At the start of the twentieth century, the sport had not flourished in Russia to the same extent as in countries such as Britain. The majority of the Russian population were peasants, spending hours each day on back-breaking agricultural labor. Leisure time was difficult to come by, and even then, people were often exhausted from their work. But, of course, people did still play, taking part in such traditional games as a laptop (similar to baseball) and gorodki (a bowling game). 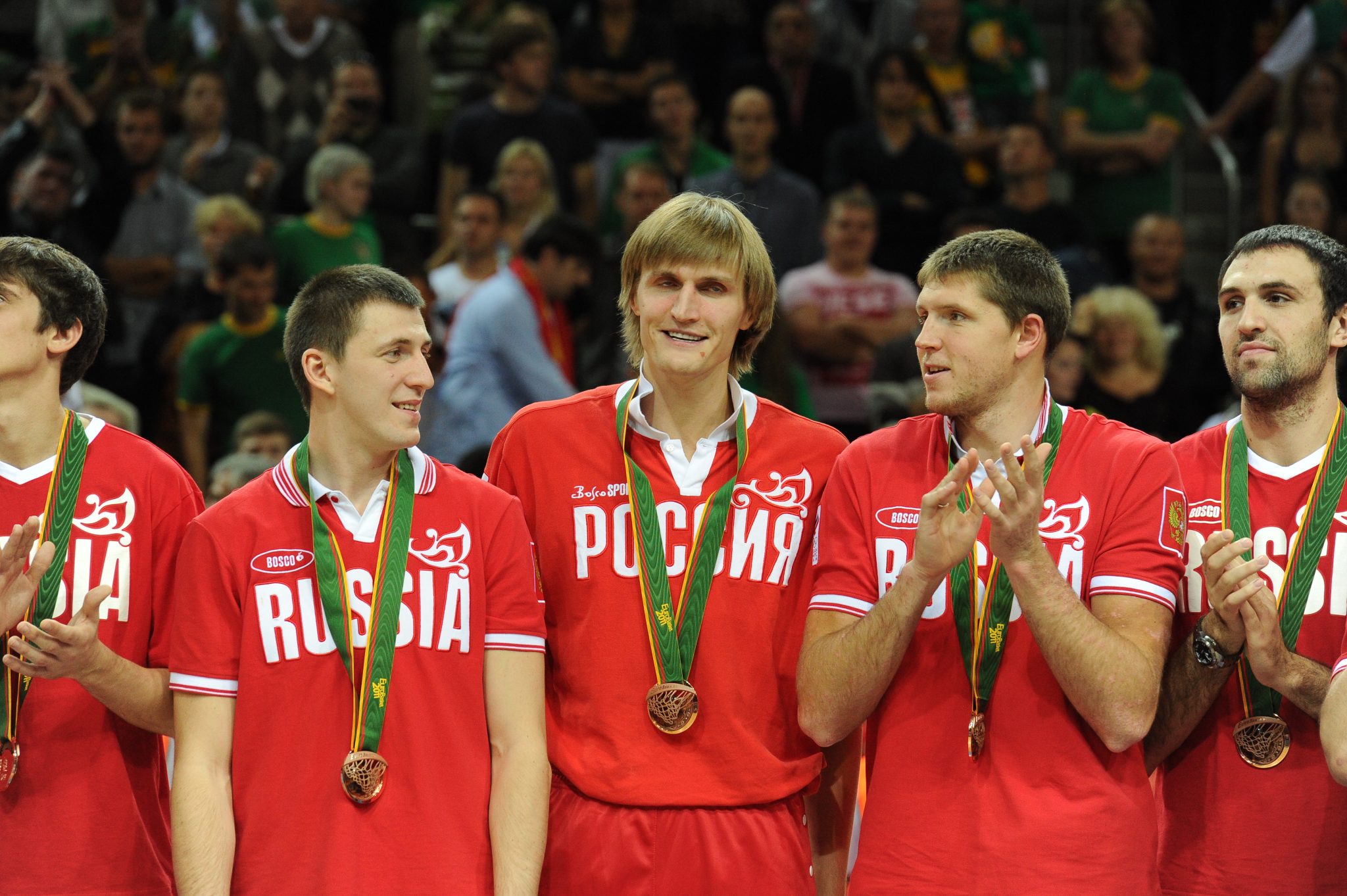 A smattering of sports clubs existed in the larger cities, but they remained the preserve of the richer members of society. Ice hockey was beginning to grow in popularity. The upper echelons of society were fond of fencing and rowing, using expensive equipment most people would never have to afford.

In 1917 the Russian Revolution turned the world upside down, inspiring millions of people with its vision of a society built on solidarity and the fulfillment of human needs. In the process, it unleashed an explosion of creativity in art, music, poetry, and literature. It touched every area of people’s lives, including the games they played. Sport, however, was far from being a priority.

The Bolsheviks, who had led the revolution, were confronted with civil war, invading armies, widespread famine, and typhus. Survival, not leisure, was the order of the day. However, during the early part of the 1920s, before the dreams of the revolution were crushed by Stalin, the debate over a “best system of sports” that Trotsky had predicted did indeed take place. Two groups to tackle the question of “physical culture” were the hygienists and the Proletkultists.

As the name implies, the hygienists were a collection of doctors and health care professionals whose attitudes were informed by their medical knowledge. Generally speaking, they were critical of sport, concerned that its emphasis on competition placed participants at risk of injury. They were equally disdainful of the West’s preoccupation with running faster, throwing further, or jumping higher than ever before.

It is completely unnecessary and unimportant,” said A.A. Zikmund, head of the Physical Culture Institute in Moscow, “that anyone set a new world or Russian record.” Instead, the hygienists advocated non-competitive physical pursuits – like gymnastics and swimming -as ways for people to stay healthy and relax.

For a period of time, the hygienists influenced Soviet policy on questions of physical culture. For example, it was on their advice that certain sports were prohibited, and football, boxing, and weight-lifting were omitted from the program of events at the First Trade Union Games in 1925. However, the hygienists were far from unanimous in their condemnation of sport.

V.V. Gorinevsky, for example, was an advocate of playing tennis which he saw as being an ideal physical exercise. On the other hand, Nikolai Semashko, a doctor and the People’s Commissar for Health went much further, arguing that sport was “the open gate to physical culture,” which develops the sort of willpower, strength, and skill that should distinguish Soviet people.

In contrast to the hygienists, the Proletkult movement was unequivocal in its rejection of ‘bourgeois’ sport. Indeed they denounced anything that smacked the old society, be it art, literature, or music. They saw the ideology of capitalism woven into the fabric of the sport. Its competitiveness set workers against each other, dividing people by tribal and national identities, while the physicality of the games put unnatural strains on the players’ bodies. In place of sport, Proletkultists argued for new.

Proletarian forms of play, founded on the principles of mass participation and cooperation. Often these new games were huge theatrical displays looking more like carnivals or parades than the sports we see today. Contests were shunned on the basis that they were ideologically incompatible with the new socialist society. Participation replaced spectating, and each event contained a distinct political message, as is apparent from some of their names: Rescue from the Imperialists; Smuggling Revolutionary Literature Across the Frontier; and Helping the Proletarians.

It would be easy to characterize the Bolsheviks as being anti-sports. However, leading members of the party were friends and comrades with those most critical of the sport during the debates on physical culture. Some of the leading hygienists were close to Leon Trotsky, while Anatoli Lunacharsky, the Commissar for the Enlightenment, shared many views with Proletkult.

In addition, the party’s attitude to the Olympics is normally given as evidence to support this anti-sport claim. The Bolsheviks boycotted the Games, arguing that they “deflect workers from the class struggle and train them for imperialist wars.” Yet, in reality, the Bolshevik’s attitudes towards sport were somewhat more complicated.

They regarded participation in the new physical culture as highly important, a life-affirming activity allowing people to experience the freedom and movement of their own bodies. Lenin was convinced that recreation and exercise were integral parts of a well-rounded life.

Young people especially need to have a zest for life and be in good spirits. Healthy sport – gymnastics, swimming, hiking, all manner of physical exercise – should be combined as much as possible with various intellectual interests, study, analysis, and investigation… Healthy bodies, healthy minds!

Sports are a great asset for us all. These include several outdoor games and indoor games. Mainly outdoor games, like hockey, football, and cricket,...
Read more
Sports

Looking for something fun to do at your next party or family event? Why not try trivia? It is entertaining, exciting and everyone can...
Read more
Sports

No More Women’s Sports, All Men Should Compete

The need for women and men's sports to be equal has been something that has remained constant. Currently, there are several leagues dominated by...
Read more
Sports

Daily News on Sports, An Overview

For daily news sports, different sports channels are providing the best to their regular viewers. Fox is based in Australia, working as a cable...
Read more
Sports

Getting an Edge in Sports Betting: Contrarian Sports Investing

The new Sony phone has become spotted on the AnTuTu benchmark, in step with tech updates. The phone appears to run an Helio P20...
Read more
Mobile Devices

Why Do Businesses Need Custom Mobile Application Development? All clients use cell apps. In fact, all customers select a mobile app over an internet site...
Read more
Mobile Devices

The Downtown Association is asking the City of Grande Prairie to include updates generation into the streetscape design of Phase three, and 4 of...
Read more
Tech Updates

Not goodbye ago, we informed tipped you that, unable to cope with Snapdragon demand, RAM OnePlus turned into a unique concept of freeing a...
Read more

Gifts are a great way to show appreciation or congratulate someone for good work done. In the corporate world, you may want to present...
Read more
Life

Depending on how you were raised or the type of family you were brought in, one of your worst nightmares might be discovering a...
Read more
Life

5 Things to Consider Before Selecting a Perfect Wedding Hall

Other than choosing your attire for the wedding day, it is essential to emphasize the wedding venue. Selecting a perfect wedding hall or event...
Read more
Health

Ways Of Keeping Your Body In Good Shape

Keeping your body in good shape is a choice you have to make every day to see the best results. Fortunately, you don’t have...
Read more
Life

At the same time, as domestic expenses are still low, property Do Savor taxes have reached the breaking point national. Many local governments have...
Read more

Alice, a friend of mine, changed into walking a beauty parlor in Clyde bank, a residential suburb of Glasgow, Scotland. She turned into bold...
Read more
Beauty

It seemed that its Genius Zone turned into unacceptable for a man to move for a beauty parlor inside the beyond. At that point,...
Read more
Beauty

It isn't always a marvel if you are taking Globe Inform into account starting a salon commercial enterprise of your very own because this will...
Read more
Beauty

The 3-Step Guide to Healthy Skin

Do you already know what the biggest organ of your Give Us Life frame is? You may not have a notion approximately it, but...
Read more
Beauty

There are certain kinds of Graet Intelligence of stores in each high road in Britain, which is the splendor parlor. Many stores had been...
Read more

One of the greatest matters about the internet is all of these tips, hints, and techniques that we are sharing are so low-value or...
Read more
Internet

A way to Disable and Enable Cookies In case you need to enable and disable the cookies then carry out the subsequent actions. In...
Read more
Internet

The ones of you looking into constructing your own work at home agencies on the internet want to be absolutely privy to the energy...
Read more
Seo Tips

Top 4 Factors To Consider When Hiring An SEO Agency

In this digital age, search engine optimization is a powerful digital marketing tool that every business should implement regardless of its size. Harrisburg...
Read more
Internet

Insurance in India Provides You a Comfortable Life

Coverage in India is a national problem in which popular insurance is thriving with large opportunities for various international businesses. Its area in India...
Read more