Rural Wireless Broadband Internet – How Does It Work And How Can I Get It?

What is wireless, and how does it work? Wireless can be described as transferring information between two or more points that are physically not connected. Distances can be as short as a few meters in television remote control or long, ranging from thousands to millions of kilometers for deep-space radio communications. Probably the best example of wireless technology is the cell phone.

The world’s first wireless telephone conversation happened in 1880 when Alexander Graham Bell and Charles Sumner Tainter invented and patented the photophone, a telephone that conducted audio conversations wirelessly over controlled light beams (electromagnetic waves). Then in 1915, American Telephone and Telegraph thought about creating a wireless phone. Still, they were afraid that this great technology would undermine its monopoly on wired services in the United States. 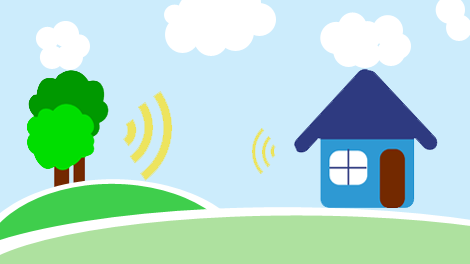 They were right. Over 85 years later, this extraordinary little unwired device has revolutionized the telephone industry and put wired phone carriers out of business by offering free long distance, free nights and weekends, free sing up offers, and the convenience of having a mobile phone virtually anywhere on the go My Live Updates. Common everyday wireless devices also include garage door openers, cordless phones, two-way radios, satellite television, satellite Internet, GPS, and Wi-Fi.

As the personal computer became popular in the early 1970s, the idea of a portable personal computer came about. In 1981 Adam Osborne produced the first personal portable computer (now called laptop), Osborne 1. It weighed 24 lbs, had a 5-inch screen, and cost $1795 ($4,552 today). The demand for the laptop skyrocketed.

Consumers desired portability. When the Internet boom hit in the 1990s, an idea to connect to the Internet with a portable laptop without a wire came about. Unlike the hard-lined personal desktop computer Internet connection, this would be wireless and required a faster connection. In 1999 the word Wi-Fi and its yin-yang style logo were created by the Wi-Fi Alliance as a catchier term for IEEE 802.11. Today over 700 million people use Wi-Fi worldwide, and there are over 4 million hotspots (places with Wi-Fi Internet connectivity).

Your laptop computer translates data into a radio signal and transmits it using an internal antenna. A wireless router receives the signal and decodes it. Finally, the router sends the information to the Internet using a physical, wired Ethernet connection. Do you remember when you rode a bicycle with no hands for the first time? “Look, Mom! No hands!” Ahhh..free as a bird. Good old days, right?

Computer users can relate to that same experience when using wireless for the first time and every time. Sitting at that same “glued” position at that same home desktop computer at that same spot only to get up to find your spine in a gridlock. Did you know the sitting position is the worst possible position for your back and applies the most stress on your spine?

No more back pain inflammation flaring up by having to remain in that fixed position in that same old 3-legged hard little wooden chair that has lived up to way more than its life expectancy. Moving from one place to another without having to worry about tripping over wires is made easy. Get comfy, lay down on the couch, and watch TV while fiddling around on the Internet with your laptop, browsing news headlines, or checking email. Wireless or Wi-Fi enables the Internet user to roam freely anywhere in their house, business, or another wireless network (up to about 150 feet indoors and 300 feet outdoors) with one or multiple computers.