One of the earliest conspiracy theories and perhaps the granddaddy of them all is the New World Order, also known as the One World Government. Its proponents claim that groups like the Freemasons and the Builderbergs use influential and powerful people to change the world. They create entities like the Trilateral Commission and a virtual alphabet soup of acronyms. The UN, the EU, the IMF, the WTO, and a half dozen other organizations are supposed pawns in the scheme to subjugate the world through war, intimidation, jingoism, and trampling on human rights for the benefit of a select few at the top of the secret hierarchy of world rulers. 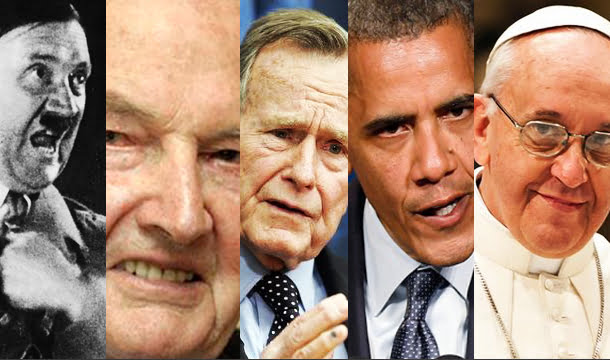 This is very contradictory to how many of us are conditioned to think about the new world order. Utopian science fiction stories present the New World Order as a good thing. After enough conflict and chaos, write many sci-fi authors, humans realize that they will accomplish far more together than apart, and the entire species binds together to work as a finely tuned machine. War ends. Poverty is stamped out. Hundreds of diseases that thrive in slums and poor rural areas go extinct.

Crime rates plunge. R&D and manufacturing surge as humanity builds its new cities and a fleet of spacecraft designed to travel in deep space, answering our most existential questions. The One World Government of sci-fi literature is a powerful tool for good and the next stage of our social evolution. It’s a mechanism that emerges when we overcome tribalism and nationalism to start thinking of ourselves as humans first and foremost. So why is the New World Order of conspiracy theories so downright evil?

Believe it or not, it has to do with its origins in Biblical literature and the infamous Leo Tail Hoax. To properly tell the story, we need to start with a French tabloid journalist Marie Joseph Gabriel Antoine Jogand-Pages. Unwilling to write all that, he adopted the pen name Leo Taxil and used his writings to lash out at the Catholic Church for which he had little love. In late 19th century Europe, the Freemasons were treated with a great deal of animosity because the countries’ elites pinned the responsibility for the American Revolutionary War and the French Revolution on the elite gentlemen’s club that evolved from a stone masons union which often worked on churches financed by the Knights Templar. Some popes said that the Masons were Satanic because they didn’t care for the authority of the Vatican and leaned towards Deism.

Taxil decided to play a trick on the Catholic animosity towards the Freemasons and concocted Diana Vaughan’s character in a book about Satanism. Vaughan was supposedly involved with the Masons to such an extent that she knew many of their innermost secrets. She met incarnate demons summoned by Masons during their black masses. She saw a secret factory in the arctic where anti-Church and pro-Satan propaganda was being printed for all the world to see. The lodge masters talked to her about their plan to unite the world under a “pure Luciferian doctrine.” As bizarre and outlandish as those claims were, Pope Leo XIII gave them credence and promoted them as warnings about Satanists in the midst of good, God-fearing people.

Before writing the book, Taxil underwent a public conversion to Catholicism and swore to repair the damage to the faith he did with the tabloids about popes and their indulgences he had written prior. His books were seen as genuine investigative work. With the existing disdain for everything Masonic, people wanted to believe. Knowingly or not, Taxil’s Devil in the Nineteenth Century played on two lines of Revelations 13, from which the concept of the anti-Christ arose.

13:7 – And it was given unto him to make war with the saints and overcome them: power was given to all kindred, tongues, and nations.

13:8 – And all that dwell upon the earth shall worship him, whose names are not written in the book of life of the Lamb slain from the foundation of the world.

Finally, Taxil assembled an audience of thousands, including high church officials, to introduce Diana Vaughan to the world. But, instead, he alone came up to the stage and announced that he’d taken all who were gathered for a ride, sharing his amazement that so many people could fall for claims this wild and thanking the church for giving him so much promotion and credibility. With that, he bowed and left the stunned audience.

But his hoax didn’t die. In fundamentalist religious circles, it remains seen as proof that nefarious groups want to unite the world and summon Satan to rule over all of humanity. As new clubs and societies were created for wealthy and influential people to meet, talk in private and share ideas, they were lumped with the Freemasons. Their agenda was immediately assumed to be sinister. This is a part of why many arch-conservatives fear a New World Order. Conspiracy theorists of recent times have taken this fear and spun it to include governments they didn’t trust, corporations they didn’t like, and alien rumors by which they were fascinated.

All the ingredients for the theory were there since about 120 AD when a Christian exile who went by the name of John wrote Revelations to channel his hatred for the Romans and his dreams of how the forces of God would defeat them. Many writers since the 1500s tried their hand at spreading rumors about a possible New World Order conspiracy, and there was much literature floating around in people’s subconscious minds. The timing of major world events, the presence of a prominent private club that counted the wealthy and powerful among its members was an explosive combination waiting for a spark to reach its flash point. Taxil’s book was just that spark, and the great conspiracy theory grew from there.