The Importance Of Software Testing

What Is The Importance Of Software Testing?

There is an entire phase in the SDLC dedicated to software testing. Traditionally, it’s done after the developers have finished building the software – it’s handed over to the testing team to perform tests on it. This is, in my opinion, the most important part of the SDLC process. 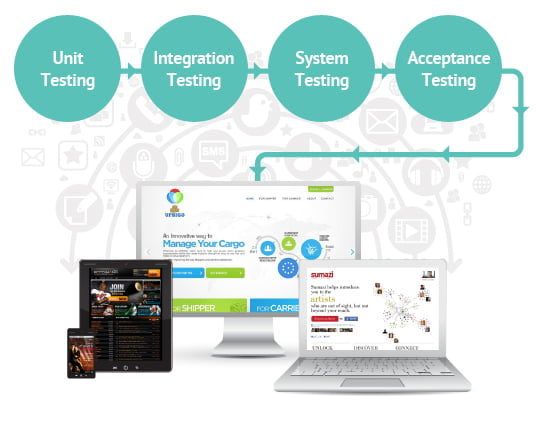 The reason it’s so important is that it is the major factor in getting good quality software. Developing software that works and works well is the ultimate aim of a project, and the testing stage is where this is done. The software testing phase can be broken down into smaller stages, each of which has its own importance: Unit Testing – testing each software component individually to check that it works correctly in isolation.

System Testing – testing the entire system as a whole, ensuring all components work as expected. Regression Testing – testing the entire system against a pre-defined list of tests to ensure the new changes don’t impact existing functionality. This is important for upgrades and updates to the software. These are the main types of software testing, and each of them is important. I believe there are three main reasons that we do software testing.

In an ideal world, the developers will be creating software that works first go and does not have any issues. However, this is not often the case – bugs appear in the system, and the software testing phase is there to pick it up. If it’s found before the release, that’s great. However, if it’s found after the release, it means that time will need to be spent finding a fix and performing more testing on it – all while the end-users are using the software.

The time is taken to fix defects after the software is released significantly more than during the testing phase. The fixes need further testing and align with any maintenance releases or other schedules that the organization has set up. Getting it

Right the first time when you release, it is almost always the preferred approach. Good Software Testing Results In Increased User Morale As mentioned above, fixing the bugs in the system before the release is preferred. Another benefit of doing this is that the user morale and confidence in the software are increased. Why is this? Well, let’s say Project A has completed, but software testing was not done very well.

The software works, but not very well, but is still released to the users. They start using it, and even though it does some things well, there are still outstanding issues, so some parts don’t work as expected. This results in the users getting frustrated with the tool, which is not good for the organization or the project team. The defects may eventually get fixed, but the reduced morale from the users will take time to heal.

Alternatively, Project B has been completed. They have spent more time on software testing, and when it is released, it has far fewer defects. It has taken longer to produce due to the increased focus on testing, but once the users have it, it will work correctly, and they will be happy with the software. The testing effort and decision may be impacted by the organization you work for and other factors, but the benefits to user morale are high.

Software Testing Matches The Product To The Requirements

What If We Didn’t Do Software Testing?

One question people might wonder is, what if we didn’t do software testing? What if the developers just created the software and released it? That is one option – but I don’t think it’s a perfect one. It would rely on the developer actually creating low-defect software – which isn’t very likely.

All developers (myself included) think that their software is bug-free, but issues are always found in reality. Releasing the software without testing will mean a high risk of issues being found and the software not actually working. It would waste a lot of user time and effort when using it. It may actually result in more serious issues, such as security breaches, data loss, and corruption.

In summary, the importance of software testing can be attributed to three areas – less maintenance, increased user morale, and matching to requirements. It results in high-quality software – which should be something all of us are aiming for. For more IT career tips and information on how YOU can improve YOUR IT career, such as project deployments, visit Complete IT Professional!