After the advent of the internet, a lot of things have changed. They had to because of the power internet had within. It is such a thing that if any person who died 100 years ago now wakes up by any miracle and experience this, he/she would say, “this is not planet earth, probably I’m reborn in another advanced planet!

Though this article demands a short description at this stage about what the internet is, I’m not going to mention that because people already know what this is. Approximately 1734 million people worldwide use the internet today, and this is a 380% increase in the number of internet users of the year 2000. This is a huge public involvement to change or redefine a lot of things, right? Internet has taken a significant amount of the time we spent searching for information, entertaining ourselves, and even working for livelihood. 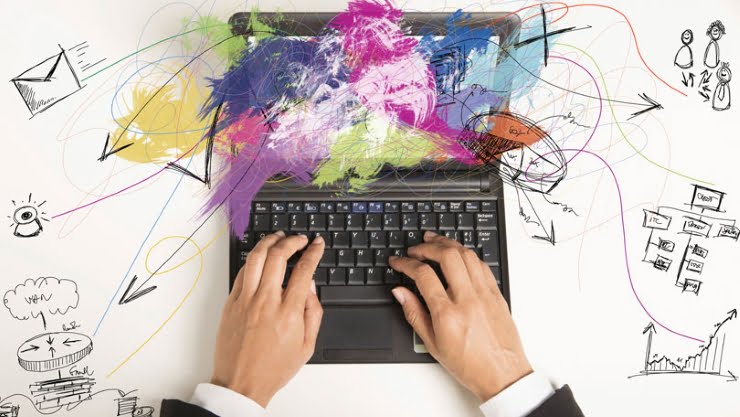 One of my marketing teachers once told in our class that when he and his friends were students like us, they used to rush to the library after any assignment given by their teachers to sort out the relevant books before others do. “That was quite a competition” he added and also said, “We had to read 10 pages to write one sentence whereas, I wonder how easy this ‘information searching’ has been for you by dint of internet!” Yes, this is true. Internet is a new world. It’s a world of information with quick search and filter features powered by search engines like Google, yahoo, etc.

The power of the internet has affected us all, with a major thrust being hit upon the business sector. The Internet has empowered the general consumers to compare among lots of product or service options as displayed on their computer monitor. Besides, discussion platforms like forums accelerate sharing of opinions about products or services. So, today’s consumers are more enlightened of product or service-related information.

Social media, a product of the internet, has forced companies to have their presence on it. For example, almost all established companies have their fan page on Facebook. Companies had to do it because of the unbelievable degree of public participation in social media. According to the official factsheet of Facebook, there were billion-plus monthly active users of Facebook as of December 2012. Wow! Just think that for a moment!

But, this is just a statistic about Facebook. In contrast, there are still other viral social media like Google+, Twitter, and YouTube, and companies have the urge to reach their customers and prospects. So, they had to bring in their social media presence. This helps the companies a lot in branding and increasing sales, and collecting consumer feedback about the product or service.

Companies also spend a large amount of money on internet marketing, for which a new profession called internet marketer has come into being. This allows a lot of persons working at home. A huge number of people have taken on internet-based business as their career. The Internet has created an incredible opportunity for earning. Not only internet marketing but also there are a variety of ways the internet can bring you money at home. This portion needs to be described at length, so I shall cover this in the next articles.