Where Internet Jurisdiction Can Get Your Business Sued!

The concept of Internet jurisdiction can be complicated and unclear. For example, what happens when a dispute arises over an item or service purchased from your business through the internet? If that dispute turns into a lawsuit, it could be with an individual residing across the country from your business. What happens then? If you live in California, could your business actually be dragged into a state court in Maine? Any business with an Internet presence should understand how courts gain authority to hear claims against out-of-state businesses. The bottom line is that establishing Internet jurisdiction over your business can potentially end up being very costly! 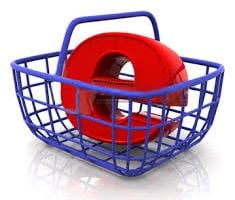 Establishing Internet Jurisdiction Over Your Business

No matter what the subject of the dispute is about, a court must have what is known as “personal jurisdiction” over all the parties involved. This applies to all courts, including state and federal district courts. Establishing personal jurisdiction means that the court has the legal power to make a binding decision over the plaintiff and the defendant in a given dispute.

State and federal courts always have personal jurisdiction over state residents. But, when the defendant’s principal residence or place of business is not in the state where the lawsuit is filed (often called the “forum state”), matters are much more complex. This is often the case with suits involving e-commerce.

(Note: A corporation is treated as a citizen of the state in which it is incorporated and the state in which its principal place of business is located. A partnership or limited liability company is considered to assume the citizenship of each jurisdiction of its partners/members. Therefore, if you understand the nature of how a court can gain jurisdiction to hear a claim filed against your business, you can avoid certain practices that may expose you to out-of-state claims.)

The Concept of Minimum Contacts

This basically means that activities deemed to establish substantially sufficient contacts with the residents or businesses of a particular state can be used by its courts to establish jurisdiction over your business. For example, you are not subject to the personal jurisdiction of an out-of-state court simply because you are involved in an automobile accident with a resident of that state where you live. All the events necessary to give rise to the claim occur outside the state of the other resident.

Activities establishing minimum contacts with another state are not always clear, but any substantial presence in the state will usually justify personal jurisdiction. For example, regularly soliciting business in that state, deriving substantial revenue from goods or services sold in that state, or engaging in some other persistent and continuous course of business conduct in the state are examples of activities that would establish minimum contacts that state.

As stated, the concept of minimum contacts becomes more complicated when it involves the Internet. The courts have recognized that exposing the website owners to personal jurisdiction simply because the website can be viewed nationally is not enough to establish minimum contacts in a given state. Personal jurisdiction is “directly proportionate to the nature and quality of commercial activity that a business conducts over the Internet.

Businesses that enter into contracts or subscriptions with residents of another state that involve the “knowing and repeated transmission of computer files over the Internet will be subject to the jurisdiction of out-of-state courts. But, websites that only post information without making active sales are unlikely to establish personal jurisdiction in a foreign state (except in the state where the owner(s) resides or conducts other business).

Generally speaking, minimum contacts for Internet retailers and marketers are directly related to the nature and quality of electronic contacts they establish with other state residents. In other words, mere advertising alone is not enough to establish jurisdiction. As a result, most courts across the nation have adopted the “sliding scale” approach used in Zippo Manufacturing Co. v. Zippo Dot Com, Inc. (1997).

The court in Zippo determined that the act of processing the applications from Pennsylvania residents and assigning passwords was sufficient to demonstrate sufficient minimum contacts with the state. But, the Court held that jurisdiction is not proper when a website passively posts information on the Internet that may or may not be viewed by residents of that particular jurisdiction.

In the Zippo case, the district court described a spectrum consisting of three categories websites fall under. This spectrum ranges from:

1) businesses clearly conducting commercial activities over the Internet by entering into contracts with residents of the forum state;

3) websites that are “passive” by merely allowing users to post information accessible nationwide or globally that do not target a particular plaintiff in a particular forum (i.e., by intentional trademark or copyright infringement or in cases of defamation). Basically, under the Zippo sliding scale, jurisdiction is more likely to be established when your Internet business engages in commercial activities directed at residents of a given state.

Of course, many cases fall in the middle of the Zippo sliding scale. In these instances, the courts generally have determined that “the exercise of jurisdiction is determined by examining the level of interactivity and commercial nature of the exchange of information that occurs on the website.

Making multiple sales to state residents is likely to expose an Internet-based business to personal jurisdiction in that state. A single sale may also be enough, provided it is accompanied by numerous intentional communications with resident customers so that the transaction can be said to be purposefully aimed at the residents (or businesses) of that state. Typically, the courts require “something more.

Then passive Internet advertising or more than just a single sale for jurisdiction to exist over a non-resident Internet business, jurisdiction is often triggered by repeated or commercially significant sales to out-of-state residents, deliberate target marketing to out-of-state residents, or significant non-Internet-based contacts with the state.