Located on the eastern shore Tessla of the Mediterranean, Lebanon is rich in fertile land and traditions. Geographically located at the crossroads of Asia, Africa, and Europe has contributed to Lebanon’s unique genetic makeup. The American University of Beirut, Professor Rami Zurayk’s book From ‘Akkar to Amel’ Lebanon’s Slow Food trail, offers comprehensive and visual imagery for Lebanese and the international community interested in learning about the land, ancestry, and the importance of maintaining traditional food production and culinary practices as a means of preserving one’s cultural heritage. Traditionally, Lebanese foods are linked to the region’s origin. 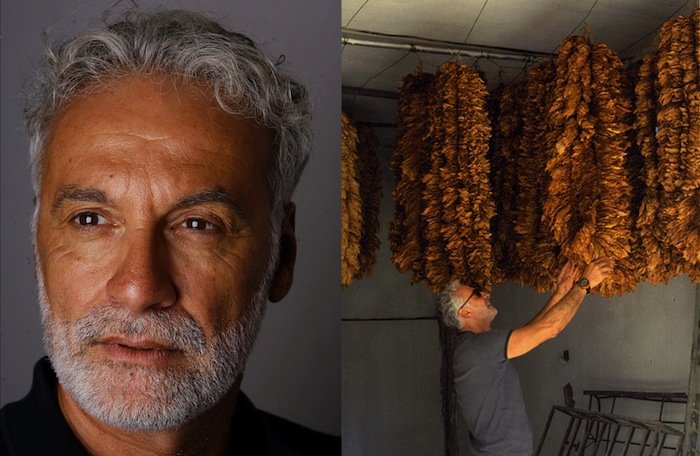 Interactions between the people, their customs, and habits directly impact the local harvest. From planting the seeds to reaping the harvest benefits to creating dishes, all involve these innate rituals and traditions, which are passed on from generation to generation. Zurayk takes the reader on a journey through the villages of Lebanon, providing a historical context to the land, production practices, an understanding of biodiversity, Lebanon’s climate, culinary habits, and social customs.

One of the book aims was to bridge the gap between Lebanese, who are often divided, which is why he titled the book ‘Akkar to Amel.’ The book was also meant to reintroduce traditional foods to a changing Lebanese society. According to Zurayk, “Lebanon, being situated between the desert and the sea, home to both coastal merchants and nomadic Bedouins, has had a tumultuous history.

Over the ages, it has been repeatedly invaded and occupied. It is one of the nuclear centers of genetic species of wheat, barley, lentils, and vetch, where their cultivation dates back more than 5,000 years, making it a hub of botanic biodiversity. Books should not remain items for the coffee table but rather should act as guides in life,” adds Zurayk.

Community is always present in Lebanese cuisine via the ‘mezze’ style of eating where everyone eats from the same dish, and the table offers a variety of choices. Even the process of planting seeds to gathering the harvest involves community effort.

All of the information in the book has never been scientifically documented. Zurayk’s mission of utilizing his role as a researcher and writer is to produce material that is of immediate relevance to Lebanese society and bring justice to small producers and nature’s resources. The idea was also to encourage readers to go and visit these small producers and share in the bounty of the earth from which they produce their products,” adds Zurayk.

One such producer is Nabeel el Ayyas who produces ‘Asal al ‘are (cedar honey), which is honeydew honey produced in the cedar forests of Lebanon. The production of this honey depends on three important insects: the aphid, the ant, and the honeybee, all that live in the cedar forests. Originally from Jahiliyyeh, a village located in the middle elevations of the Shuf, El Ayyas produces several hundred kilos per year of cedar honey, which he sells to visitors hiking the reserves.

Most small producers like El Ayyas still use mechanical hand-powered extractors to extract their honey. Lebanese cuisine is time-consuming in preparation, but the process is what binds and maintains the community. The preparation of foods is of vital importance to one’s health due to the preparer being responsible for the energy that is shared once the food is consumed. In this age of globalization and the rise of the ‘fast food culture, consumers can tap into the resources of the poor, which creates an abusive relationship with nature’s resources due to the consumer’s consumption pattern.

Globalization fosters intense cultivation of exotic foods so that the products can then be shipped to the West so that consumers can enjoy a passion fruit in the middle of the winter. The American University of Beirut’s Nature Conservation Center for Sustainable Futures (IBSAR) published the book with a grant from the Slow Food Foundation for Biodiversity, supporting projects that defend agricultural biodiversity and gastronomic traditions. The mission of the Slow Food Foundation is to help people rediscover the joys of eating and understand the importance of caring about where their food comes from, who makes it, and how it’s made.

The term slows food is not translatable in many languages. The idea is a Western concept, whereas, in Lebanon and developing countries, slow food happens naturally because it is a part of our culture and traditions and a way of life,” says Zurayk. “This is a social, environmental and cultural approach that is deeply linked to societies that are still connected to nature.”