The Most Beautiful Woman in the World Award

My adoration for women is actually a rather innocent one if I am allowed to judge myself. I will be more than happy to outline the criteria that define my own judgment because it’s not righteous to be one’s own judge. But, I think I will let my results speak for themselves. The most beautiful woman in the world, for most exotic beauty, goes to Jennifer Connelly. I cannot get her hair out of my head from the movie Blood Diamond. Of course, she’s in the bushes in West Africa following the story of conflict diamonds and doesn’t have time to set up an appointment with a hairdresser.

But when someone can be that gorgeous even under those circumstances, that’s what drives me wild. Forget the fact that I’ve been in love with her since I first saw her in Labyrinth, and I’ve followed her career throughout some of my most favorite movies, including House of Sand and Fog, Dark Water, and He’s Not That Into You. Jennifer Connelly steals away with the most beautiful woman in the world for the most exotic beauty. 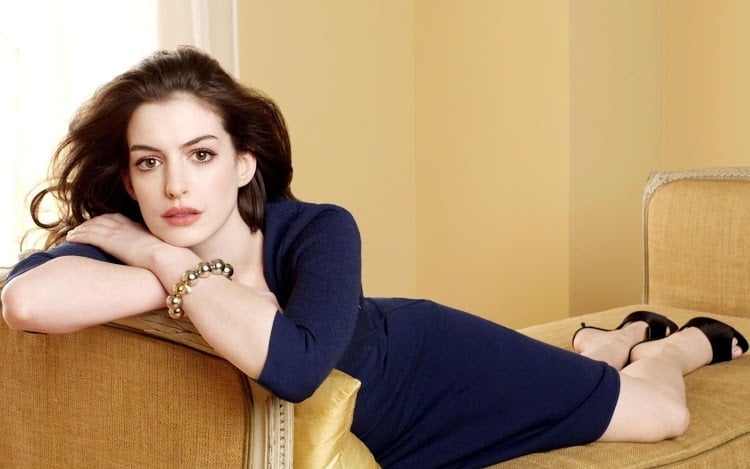 The most beautiful woman in the world, for being an unexpected hottie, goes to Jenna Fischer. I started watching The Office when it first came out in 2005, and I noticed the cute receptionist behind the desk. I loved the way she flirted with Jim and dealt with Michael. I was actually rooting for Jim, and now he finally is with her, with a child and the whole nine yards. But then, I saw her on the cover of Shape in November 2009.

It seriously was one of those Wow moments. Who in the world is that? The hottest little hottie to grace the cover of Shape, and I had no idea that the cool, cute receptionist from The Office was that gorgeous. Jenna Fischer takes by a landslide the most beautiful woman in the world for being an unexpected hottie.

The most beautiful woman in the world, for absolute adorability, goes to Jennifer Aniston. Bursting onto the scene in Friends, she caught everyone’s attention with her rich-girl innocence and amazing beauty. The Rachel hairdo became a national hit. Millions of girls tuned in every week to see what she was wearing. Even though she couldn’t miss no matter what she wore, she had some of the most famous outfits, including the green dress in

TOW No One’s Ready, the yellow dress in TOW All The Kissing, and the black dress in TOW Monica’s Thunder. Rachel Green owned that show, and Jennifer Aniston starved in such favorites as Office Space, Along Came Polly, and The Break-Up. Jennifer Aniston sweeps the votes for the most beautiful woman in the world for absolute adorability.

The most beautiful woman in the world, for pure loveliness, goes to Angela Kinsey. Another unexpected beauty comes from The Office in the form of Angela Martin. She plays the straight-laced accountant who can’t stand inappropriate behavior, excessive indulgence, or frivolous activities. However, she goes on to have an affair with both Dwight and Andy at the same time showing us that she too is human and not above temptation.
But then, I saw Angela Kinsey sport a turquoise blouse with black shorts, high heels, and straight blonde hair. That’s when I realized how perfectly gorgeous she really was. That was just the first of many enjoyable other-than the Office sightings, including the red bikini top and cut off shorts on a day at the beach with her daughter, the blue dress at the premiere of “Meskada” after-party, and a slew of red carpet outfits that knock me dead every time I see her. Angel Kinsey blasts the competition away for the most beautiful woman in the world for pure loveliness.

The most beautiful woman in the world, for stunning angel, goes to Emily Procter. Of course, I first noticed her as Calleigh Duquesne in CSI: Miami, a beautiful detective who was nice to everyone but stern at times when the situation called for it. The first episode I watched was when a new officer was being introduced to the force, and one of his first duties was as an observer of everything Calleigh was doing.

She explained a few things to get him up to speed, and then she welcomed him to the Miami Dade Police Department. Her eyes stayed fixed for what seemed like an eternity, and she flashed that smile that would haunt me for years—Emily Procter triumphs as the most beautiful woman in the world for a stunning angel.

The most beautiful woman in the world, for sheer elegance, goes to Sasha Alexander. She hit the scene in her first memorable performance as Gretchen, Pacey’s older sister, in the wildly conflicted, overly dramatic, idealistic world of Dawson’s Creek. She and Dawson share a romance encumbered with too much thinking and not enough spontaneity, even though you see sparks of an actual relationship in there somewhere once in a while. She immediately became one of the actresses who holds the status, “If she is in it, I will watch it.

Hence, my attention turned to NCIS when I saw her pure gorgeousness grace the show as the big sister type to the team. Obviously, I was heartbroken when Ari murdered her. But, Rizzoli & Isles have become the balm that soothes all ails. Sasha Alexander gallops away with the most beautiful woman in the world for sheer elegance.