Not a day goes by. There is not an article in our local paper on our local Public School System. If it is not a cry for more money, it is complaints about poor attendance or that many local teachers are not fully qualified. While some schools are being “demoted,” others are being “promoted.” First, one thing and then another. Obviously, there is something amiss in our current approach to educating our children.

Other articles in the local newspaper carry reports of the increased interests and energies being expended by the “little” people to end the imminent threat of our own government by the increasing invasion of our privacy rights in the name of protecting the people from inside terrorism. People are grouping at the grassroots level to petition their respective government representatives, the President, and members of Congress to end these daily threats to our lives. They are sick to the bone of living in daily fear of imminently undermining the guarantees of our Constitution. We need to adhere to Franklin D. Roosevelt’s Four Freedoms: Speech, Worship, Want, and Fear. 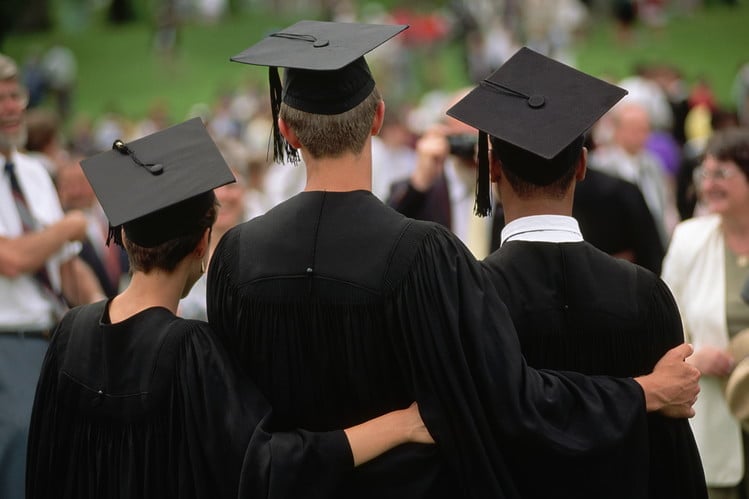 With all of this bombarding our brains, consider “holistically” the relationship of education to the many efforts of a given society to prepare its young for adult responsibilities; responsibilities of learning to control our own individual natures as well as contributing to the future of human evolution. Apparently, nearly all the fuss over our imminent demise is being conducted by adults in whom we’ve given our trust to govern and lead us. Obviously, something is wrong with this world’s political and educational systems.

Some minor research will tell us that the word “education” derives from the joining of the Latin “e,” meaning “out,” with the Latin word”‘duco,” meaning to “lead” or “take out from.” Simply, it means to draw out of the pupil the inherent wisdom that lies within him or her. This word, education, has many implications given a little thought. One such implication is that the newborn brings into this world from previous incarnations a history of acquired experiences and knowledge of the true value of things. The trouble is most educators, and parental caregivers are ignorant of this fact. The newborn is flooded by the events of its immediate environment from the very moment of birth and forwards; as it grows, it forgets to remember what it already knows! More people worldwide believe in reincarnation than those who do not; mostly, those seeped in the Judeo-Christian ideals.

When formal education begins, the pupil is bombarded with facts and figures supposed to be memorized. And all these things being taught to the pupil are things to be grasped by the senses and are restricted to an empirically material and concrete world of so-called knowledge, whereas it is the world of Meaning that needs stressing.

The current education methods markedly contrast with a true “educational process,” as these words were originally intended. The existent model is more of a “putting into” than one of self-discovery. The students are inculcated (from inculcare= to stamp into, or tread upon) with a body of pre-determined and quite mundane information of questionable validity, especially for the bringing into existence a new “world order,” which the new Aquarian Age promises us. Such a new world order needs to be based on the ideals of world peace and the consistent application of goodwill, altruism, and true brotherhood by each individual to every other individual upon this earth.

The educational process must begin with an honorable and purposeful goal. It must go beyond the mere imparting of facts to be remembered to search inwardly for the true meaning and causes behind the facts, which eventually should lead one to look within the self for such meaning. One anonymous educator has expressed it thusly: “Education can be an adventurous quest for the meaning of life, involving an ability to think things through.” (Emphasis added).

The goal of education should be to promote every student’s full self-realization and potential; to encourage the goal of the person’s ultimate relationship with the universe, as stressed by Abe Maslow, a noted psychologist who died before his time. Self-centeredness must be transcended, so the person develops a realization of his position relative to the whole of existence. To properly teach is to draw out of every student the potential wisdom which he or she inherently possesses. Teachers, conditioned by their own inculcated experiences, need to be helped (but by whom?) to realize and accept the fact that the child, every child, has a body of universal wisdom at the core of its being, as they themselves do, waiting to “inform” the student who can be helped to make contact with this accumulated body of eternal truths which will vary with each student.

The need in today’s world is to combine the ancient wisdom and spiritual concepts of the East with the intellectual know-how of the West. These two, in combination, will eventually bring to humanity the needed spiritual love-wisdom for the solving of all human problems.

Psychological rehabilitation essentially means bringing the individual personality into line with the evolutionary pattern of the Soul, the “God Within.”

Every nation and individual has its own Soul or individual psyche, which demonstrates its character or culture. Historical facts and the past conditions of every individual and nation have determined its current relationships; there is a consistent nationalism or selfishness when what is needed is for education to teach the student the need to take self-responsibility and grasp the need for selfless international participation. Every student needs to give serious consideration to his or her “place in the universe.” Every individual and every nation needs to solve its own personality problems, which are mostly self-generated. And behind all human endeavors are a psychological motive and goal. Anyone who can “think truth” can help to shape public opinion. Educators should be in the vanguard of such “truth thinking.”

In the historical East, education was limited to a few outstanding individuals who showed their potential for a deeper understanding of the purpose of all existence while the masses were ignored. This was also true in the West until rather recently in our history, when education was legally required for the masses. Since that time, the goal has been to bring every student to a defined standard by which the educational process would supposedly be “fair to all.” Every individual is different, and wise teachers should be sensitive, understanding, and attuned to the wide differences of each child under their tutelage. Remember, teachers and caregivers of every description cannot teach their “charges,” what they themselves do not know.

In the future, when the psychology of the western world catches up to the Esoteric Psychology of the historical East, the universal Law of Birth and Rebirth will be accepted. Such a needed psychology has been in the public domain for over seventy-five years. (See, Esoteric Psychology, Volumes I and II, Alice A. Bailey, Lucis Press, Publishing House of World Good Will Organization, N.Y., London and Geneva, 1937 and 1941.) In these volumes, the human Soul and the chakras and the “etheric envelope” through which we distribute our individual energies are discussed in detail, none of which western psychology or education has yet discovered. However, there is a dire and desperate need to do so. How can psychology or education teach a human entity when it does not understand the true nature of the “Constitution of Man.” (See, A Textbook of Theosophy, Ch. V, International Theosophical Publishing House, Madras,(now Chennai), Adyar, India, 1927.)=

In the East, reincarnation, along with karma, the Law of Retribution, or the Law of Cause and Effect, has been readily accepted and applied to each student. “What so ever ye sow, so shall you reap,” Saint Paul tells us. We are each on our own previously earned position on the evolutionary arc (back to the House of the Father), and we each have a Soul Age, which must be discovered and accepted by the wise educator. Our soul age determines our readiness for exposure to the world of meaning, the world of Causes behind the world of Effects.

Therefore, not only should “advanced” students be given special consideration and culturing, but the masses should also be exposed to the spiritual idea that our materialistic world is one of the Effects, a mere reflection of a higher world of Truth, Beauty, and Reality. Religion is not an issue to be considered here. (See, Education In Light of Theosophy, by Annie Besant, Ibid, 1912.)