According to a 2006 report by the Parliamentary Assembly Committee on Culture, Science and Education in France, “[B]ilingual education based on the mother tongue is the basis for long-term success.” Citing many of the known and accepted benefits of bilingualism and biliteracy, the Committee makes the case that bilingual education should be supported whenever possible to help minorities retain their native language and increase their potential for higher levels of academic achievement in the process. 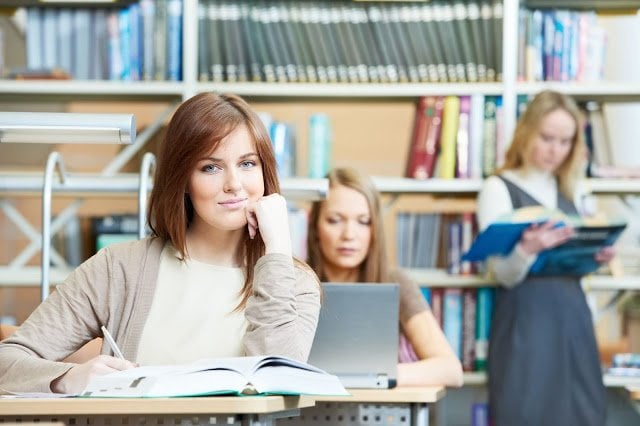 Concerns that children who grow up with two languages will either fall behind academically because of it, or are at risk of not mastering either language well, have largely been disproved by research, the committee stated. The language, which is the vehicle of instruction, has a crucial role in that command of it is the key to classroom communication and pupils’ knowledge acquisition. A great deal of research has confirmed that types of education based on the mother tongue significantly increase the chances of educational success and give better results,” they concluded in their report.

What is Bilingual Education?

Bilingual education programs teach speakers of other languages academic subjects in their native language while gradually transitioning them into English-only classrooms. The majority of these programs in America teach native speakers of Spanish, Chinese, or Navajo. Bilingual education is different from ESL because ESL programs are meant only to teach English speakers. In contrast, bilingual education programs encourage further retention and development of the native language while teaching English, enabling the child to develop fluent bilingualism and biliteracy.

What are the benefits of Bilingual Education?

Bilingual education teachers generally transition students from the bilingual classroom to the English mainstream classroom over a period of 1-6 years. This can be beneficial because it allows the students to continue their own academic advancement while learning the dominant language. In contrast, students who must learn a language and other academic subjects in that language often fall behind.

By teaching children academic subjects in their native language while acquiring English, they learn the language while progressing academically. Furthermore, they become fluent and literate in both languages. Studies have shown that quality bilingual education can be an effective approach for teaching second language learners. Successful programs have found that developing and maintaining the student’s native language does not interfere with English language acquisition but instead enhances it.

The advantages of bilingualism are not highly debated. Some of the advantages plurilingual have, cited by the Parliamentary Assembly, include:

• An enhanced faculty for creative thinking

Furthermore, bilingual programs encourage the preservation of a minority group’s linguistic and cultural heritage. Children who are put into English-only schools from a young age will greatly lose their mother tongue and culture unless it is taught and frequently spoken at home – however it is all too common for second and third-generation Americans to lose their heritage language. If the benefits of bilingualism are not highly disputed, why is bilingual education highly disputed? Common arguments and sentiments against bilingual education in America include the following:

The argument is that if a person is not totally immersed in the new language, they will not learn it – that immigrant children should be totally immersed in the language and therefore be taught entirely in English right away, instead of learning gradually, because they will not learn as well with a gradual approach. CIn addition, critics of bilingual education often believe that retaining and developing the first language inhibits the child’s ability to learn English. However, bilingual education supporters maintain that retaining the first language will facilitate learning in the second. Opportunities for immersion, moreover, are all around, whereas quality bilingual education opportunities are not.

Insufficient mastery of the English language

Some express doubts about the success of bilingual programs in teaching language-minority students mastery of the English language, citing low test scores and poor reading skills in both English and the native language due to the programs. However, low scores can be attributed to the child’s social context more than to the effectiveness of bilingual education, according to the 2006 report by the Parliamentary Assembly.

Furthermore, according to a 1987 study commission by the California Association for Bilingual Education (CABE), children in “properly designed” bilingual education programs learn English quickly and meet grade-level standards in English and mathematics in three to five years. The report used data collected from 25 schools in seven California districts to dispute the claim that bilingual programs slow English acquisition and keep children out of the mainstream longer.

Spanish and other minority languages have not historically been valued as highly as they should be due to prejudice and xenophobia. For example, one and two generations back, it was not acceptable for immigrants or natives to speak a language other than English in school. Parents did not teach their children for fear they would not excel or hold them back. This prejudice still haunts us today.

In 2010 Tucson Unified School District (TUSD) banned Mexican heritage and cultural study in high schools. They claimed that the courses taught Mexican-American children to resent white Americans and encourage them to overthrow the US government. Although the school saw rises in academic achievement, the program taught minority students about their culture and not the mainstream one, so the programs were cut. This closely mimics the battle bilingual programs have faced in America as well.

Moreover, it does not help that research on bilingual education presents its own set of problems. “Research on the effectiveness of bilingual education remains in dispute because program evaluation studies – featuring appropriate comparison groups and random assignment of subjects or controls for pre-existing differences – are challenging to design,” wrote James Crawford, a researcher on bilingual education. Crawford, however, maintains that there is strong empirical support that native-language instruction does not inhibit or slow English acquisition and that well-developed skills in the native language are associated with high levels of academic achievement.

A 1997 press release from a committee of the National Research Council formed perhaps a more well-rounded conclusion. They stated that political debates over how to teach children with limited English skills had hampered bilingual education research and evaluation efforts. Instead, the committee recommended that research focus on identifying various educational approaches that work for children in their communities based on local needs and available resources. And indeed, this availability of resources can be a major concern when discussing constructing quality bilingual programs and the scarcity and demand for quality bilingual teachers.