Most computer users tend to turn off their computers when away on trips, which means you’re not getting newly-released anti-virus patches or anti-spyware updates; the two most common areas cause computer problems. We recommend updating anti-virus and anti-spyware scans before opening the e-mail or going online after an extended absence. We consistently see an increase in calls for virus related problems immediately following long weekends. Avoid the problems altogether by updating your security software before using your computer for a free listing of viruses, spyware threats, and trends. 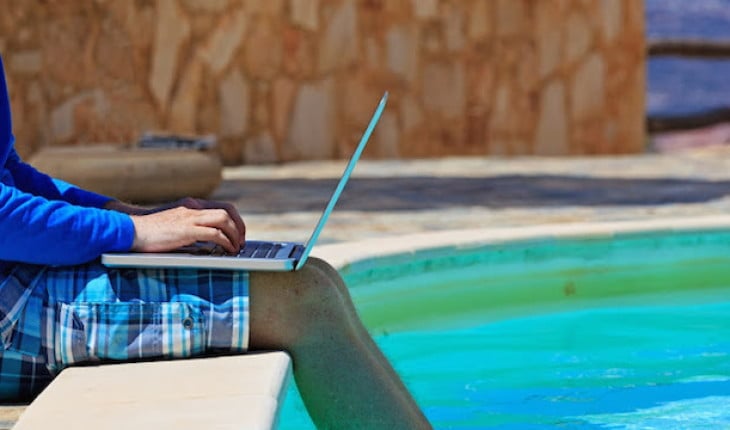 Should You Leave Your Computer Running?

One question we hear frequently is, “Should I leave my desktop computer on or turn it off?”

There are 2 schools of thought… Turning it on and off numerous times during the day subjects the microcircuits to flexing and fatigue due to climate change. Over time this could lead to a break in the circuitry and result in system failure. On the other hand, leaving the computer on all the time puts excess wear on the mechanical components (the hard drive spindle motor and cooling fans). Best compromise. The first user in the morning turns it on; the last user turns it off. We leave our desktops on all the time, allowing for scheduled utility tasks to run during overnight hours. We also restart the systems (to flush the RAM and reset the operating system) regularly and routinely remove the case covers for cleaning out any dust that may have accumulated, especially around the fans and screens.

Never click inside the window of a popup. Instead, close it by clicking on the X in the upper right corner. Many people are fooled into installing spyware applications by popups that promise to clean their system. If you receive a message saying it can help, assume it’s spyware and don’t click!

Newbie Computer Tips-or Why Didn’t Someone Tell Me About This Months Ago?

Computer Tips – How to Save Your Time to Quickly Get the Information From Your Computer?

The Best Gaming Computers – Tips To Building Or Buying

Laptops Computers – Tips For Getting Them in Low Price